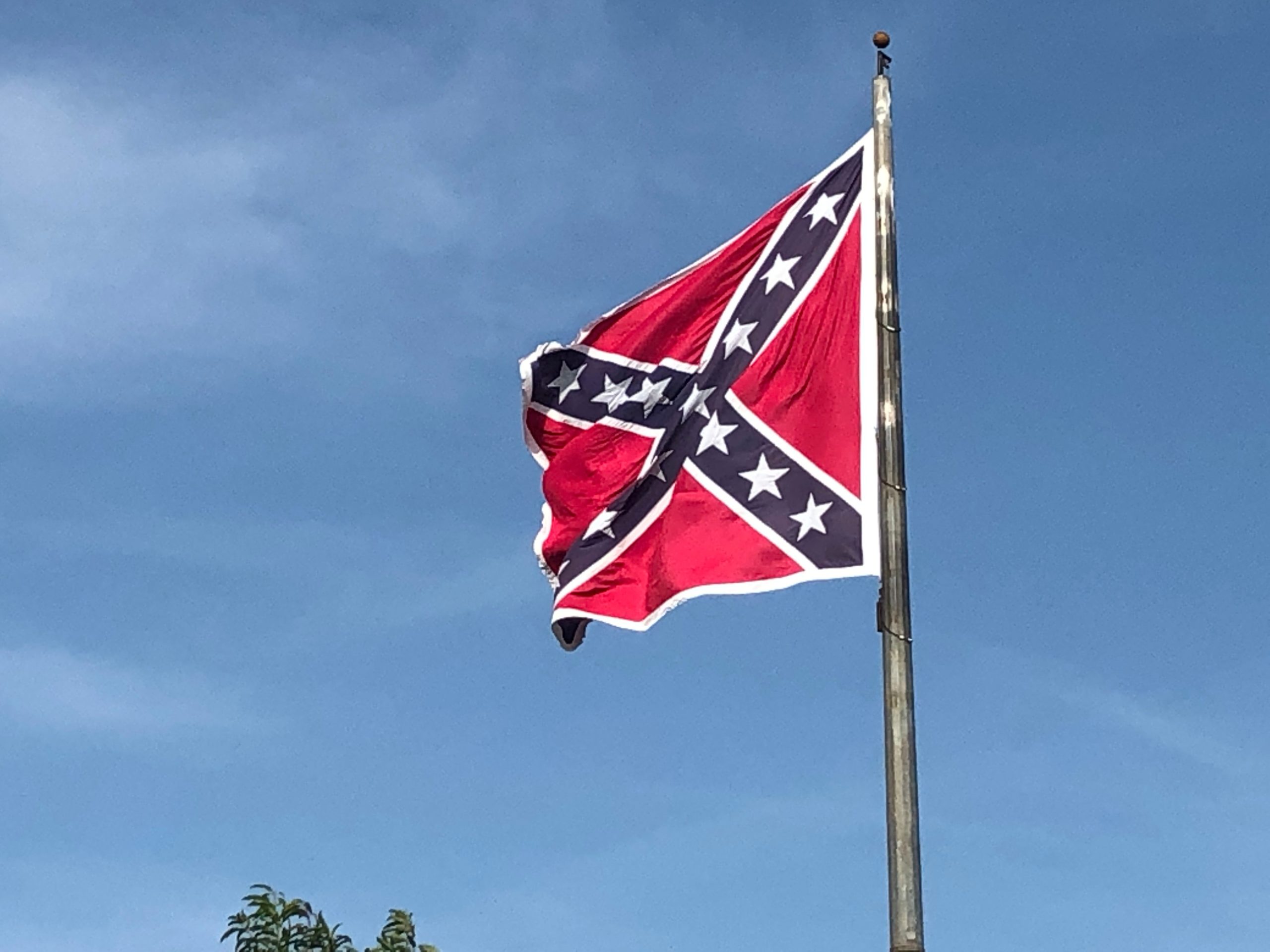 A woman in upstate New York has been told that she needs to ditch a driveway decoration painted with a confederate flag or risk losing custody of her mixed-race child, despite a family court judge deciding that the decoration was not an issue when it was raised during trial.

“Given that the child is of mixed race, it would seem apparent that the presence of the flag is not in the child’s best interests, as the mother must encourage and teach the child to embrace her mixed race identity, rather than thrust her into a world that only makes sense through the tortured lens of cognitive dissonance,” judges with the Appellate Division’s Third Department in Albany wrote in a ruling released Thursday. The “presence of the confederate flag,” when “viewed pragmatically,” “is a symbol inflaming the already strained relationship between the parties,” said the judges.

They ruled that if the rock is not removed by June 1, “its continued presence shall constitute a change in circumstances,” meaning that the parents’ custody agreement could be revisited, and that Family Court would take the decoration into consideration when making any future decisions about the child’s best interests. The parents, who are identified only as Christie and Isaiah in court documents, have long had joint legal custody of the girl, born in 2014. The mother, however, wants the father to only see his daughter every other weekend, while the father wants sole custody. While the father did raise the issue of the rock previously during their custody trial, he made a broader argument that his home was more suitable for the girl.

The case made its way to the appellate court, which brought the rock to the forefront of the dispute. “Although not addressed by Family Court or the attorney for the child, the mother’s testimony at the hearing, as well as an exhibit admitted into evidence, reveal that she has a small confederate flag painted on a rock near her driveway,” the judges wrote in their ruling. The lawyer representing the child, Jason Leifer, said that it was as though the appellate judges “pulled something out of a hat” because the rock had never been the subject of the parents’ disagreements.

“Bringing politics into the family court is probably the worst possible thing you could do, and it seems like that’s what the appellate division has opened the door to. Hopefully it’ll be fixed by the Court of Appeals,” Leifer told the New York Post. The use of the confederate flag has come under intense scrutiny amid protests over recent police killings, with many opponents saying that the flag serves as a “symbol of racism and slavery” and is “inappropriate for public display,” according to Britannica.

In December, New York Governor Andrew Cuomo signed a law preventing the sale of confederate flags and other “hate symbols,” such as the swastika, on state property. The law also imposes great limits on the display of the flag unless deemed relevant to serving an educational or historical purpose. Michael Stutman, an attorney specializing in matrimonial law who currently chairs the New York City Bar Association’s Matrimonial Law Committee, told the New York Post that he thinks the judges made “a very dangerous statement.”

“I think that it is a rather astonishing extension of wokeness now that the door seems to be opening that someone’s political viewpoint reflects on their fitness as a parent,” Stutman said. “It is one of the clearest infringements on someone’s free speech by the state to have a court threaten to restrict a parent’s rights to their child based upon … the propriety of a person’s political beliefs.”

“I think it was a real error.”