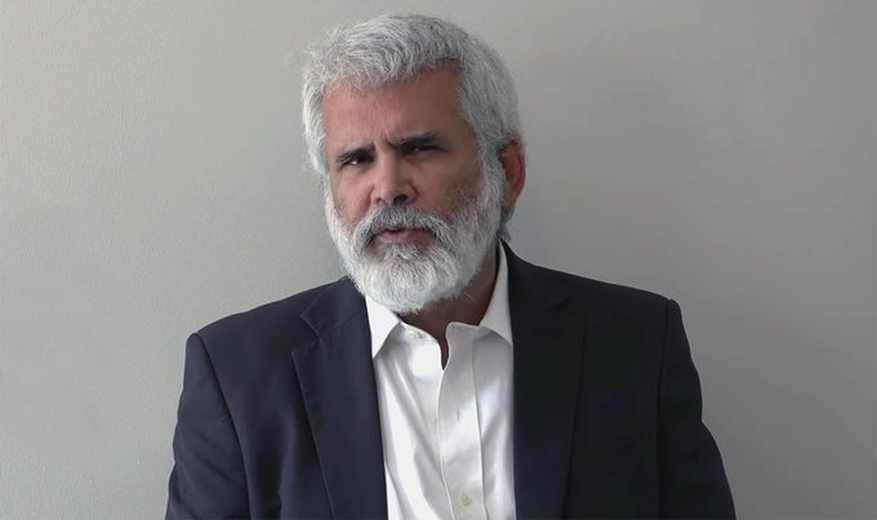 ​Leading inventor and researcher of mRNA vaccine technology Dr. Robert Malone has recently been quite active in speaking out about big pharma’s mass-jab push. He has previously urged parents to avoid vaccinating kids and most recently urged all people to think through their decision and look further into the science often censored by mainstream media sources.

Banned from Big Tech platforms, Dr. Malone has frequently appeared on popular alternative platforms such as the #1 podcast in the world, the Joe Rogan Experience. On Rogan’s podcast, he discussed a number of things surrounding COVID-19, from ivermectin to the mRNA technology that he invented.

However, Malone has been remarkably private about his own life and his own experiences with the vaccine, even while appearing on some of the largest uncensored platforms on earth. Until now. In a new post on the doctor’s Telegram channel, Malone shared that he has had a severe reaction, one that almost took his life.

We have included the entirety of his story’s text below. READ:

“How Bad is my Batch” – The story of my vaccine injury

“I actually do have a personal life. In fact, my wife of of 42 years and I are actually pretty private. Sharing personal history is not something I do everyday. However, as many of you know – I was vaccinated with Moderna twice and had a pretty significant vaccine injury. This was pretty early in the roll-out of the vaccines. It was long before the FOIA Japanese pre-clinical trial data that had so many red-flags and irregularities, long before we learned of all the issues with the clinical trials, and long before the VAERs and adverse events began to be known.

To write it, I have never been an “anti-vax” person. I have spent my career working with vaccines. I also know that some vaccines are “hot,” and are less safe. Usually these types of vaccines are reserved for extremely dangerous viruses like Ebola or Yellow fever. Where the goal is to make the vaccine 100% effective. Other vaccines, that are distributed widely, like the flu vaccines need to be very safe. The trade-off being that they are less effective. There is a whole science and art to crafting vaccines to appropriately respond to the “threat.” So, I know to read the literature, do my own due- diligence, etc before taking an experimental product or any vaccine. That is what I thought I did. The government assured us that these vaccines were very safe. I could never imagine that clinical data would be corrupted and even falsified – as we now know it was.

Anyway, back to my story. I knew in the beginning of April, 2021, that I had to travel overseas and the word on the street was that the European Union was going to require full vaccination before entering any EU country by summer (that actually never happened BTW). I knew that a full vaccination protocol was a process of weeks – and that i had better get started! Furthermore, there was a lot of buzz around the idea that vaccination would help with “long-COVID.” I had already had COVID, and just couldn’t shake a number of chronic issues that I had developed after getting the disease. Frankly, I should have done more homework on that one- because this idea really didn’t hold up to scrutiny.

Be that as it may, in April, 2021, I got vaccinated. It was early enough in the cycle, that I had no choice but to take the Moderna vaccine, as that was available in my area The vaccine was distributed at a local college, with the Army reserves administering the program.

The first shot was fine. No issues.

The second shot almost did me in. As in I almost died.

After the injection, I had the usual fatigue, muscle-ache and then the palpitations started, as well as shortness of breath. Within a couple days, it got worse – I am not someone who goes to the doctor easily, but luckily for me, I happened to have a routine appointment with my physician. She cuffed me and my systolic blood pressure was through the roof. As she is also a cardiologist, she had more tests run, started me on high blood pressure meds and we got it under control. I kind of feel like I owe her my life. A call out to the fantastic Dr. C. Bove.

One of the people who comments on my Substack articles, pointed me to this website:

According to the website above, the data reported in VAERS, reproduced on the site, show that adverse events triggered by Moderna batches have varied widely.

– Some Moderna batches are associated with 50 x the number of deaths and disabilities compared to other batches.

With that knowledge, I entered my batch code in the search box. The first injection had almost no significant adverse events associated with it. The second jab, frankly shocked me

Here are the results:👇👇👇

Now, I don’t know how many doses are in each batch. But I do know my batch was most definitely in the top 5%. So, not really a surprise in retrospect that I had such a serious adverse event profile.

I always felt I was lucky that I happened to be going to my physician that day, who is also a cardiologist (she is my internist – so I wasn’t seeing her for that specialty).

But just think- our government had this data way back when in the VAERs system -even last summer. This data is so compelling and yet…crickets. How many people could they have helped by releasing this data? People like me, who if I wasn’t a physician and hadn’t gone to my physician could have easily dropped dead.

What is wrong with our government that a site like this are not available from the CDC or the FDA?

If anyone has any doubts about adverse events from these vaccines, take a look at some of the peer reviewed research or look at the VAERS data for deaths in young adults and children.

People have the right to be given informed consent of risks and benefits of a medical procedure. Informed consent is not given, if the risks are hidden.

WHERE THERE IS RISK, THERE MUST BE CHOICE“

Malone’s personal testament, even aside from his tireless work to expose the forces shoving this vaccine into perfectly healthy individuals, is definitely a much-welcome development for those weighing whether or not to receive the jab.

Like Dr. Malone says, where there is risk, there MUST be choice. And today, the Supreme Court shot down OSHA’s vaccine mandate for large employers, which is also a very welcome sign for ALL Americans. As Australia and even New York City fall to gestapo-like COVID-19 ‘mitigation’ measures, it is ever-important to defend medical freedom in our country.